We interrupt our series on Revelation once again to consider the Jewish holiday of Sukkot.  This is the third and last of the traditional Fall Holy Days. In 2017, the festival of Sukkot – the Feast of Tabernacles, begins at sundown on Wednesday, October 4th.

Sukkot is the third of the great annual pilgrimage festivals (Vayikra 23:33-43).  Each year, all adult Jewish males were required to go up to Jerusalem to celebrate the feasts of Matzah, Shavuot, and Sukkot. The festival is also called the “feast of ingathering” (Sh’mot 23:16; D’varim 16:13).  It is celebrated immediately after the harvest, in the month Tishri, and the celebration lasts for eight days (Vayikra 23:33-43).  During this period the people leave their homes and live in a sukkah, a temporary dwelling, formed of the branches of trees as a memorial of the wilderness wanderings when the people dwelt in sukkot (Vayikra 23:43). 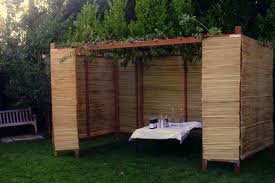 Like Thanksgiving Day in the United States, Sukkot is a time of feasting, rejoicing, and giving thanks to God for His bountiful gifts (D’varim 16:13-15).  In fact, it is widely believed that the Puritan colonists, who were great students of the Hebrew Scriptures, based the first American Thanksgiving on Sukkot.

We are to “rejoice before the Lord God” during all the time of this feast (Vayikra 23:40).  The tradition of the Jewish people is that they were to express their joy by dancing and singing hymns of praise to God, with musical instruments.

Sukkot (the plural form of sukkah) are temporary dwellings, many with canvas walls.   The roof is made of natural materials such as bamboo, corn stalks, or other greenery, usually supported by a few wooden beams.   It provides more shade than sun, but you can still see the sky through it and the stars at night.

Today, as in the Second Temple days, we still wave the lulav (palm branch) and etrog (citron) as mandated in the Torah.   The lulav is made of a palm branch, arava (willow), and hadas (myrtle).   The etrog is a citron.   Together the lulav and the etrog are referred to as the Four Species.

Of all the feasts of the Lord, Sukkot best illustrates the fact that God would dwell in the midst of His people through the presence of the Messiah (John 1:14).  He may have fulfilled His promise on the very day of Sukkot.  We don’t know the exact date of Yeshua’s birth.  But we do know; it certainly wasn’t December 25th.  For me, there is sufficient evidence to corroborate that Yeshua’s first coming came on Sukkot.

Sukkot pictures the future kingdom God has prepared for Israel when Messiah returns (see Zechariah 12:10-13:1; Isaiah 35; Luke 1:67-80).  The Prophet Zechariah described the changes that will take place in the topography of the holy land and how the Gentile nations will celebrate Sukkot along with the Jewish people   (see Zechariah 14:16-19).

Sukkot has always been known as the appointed time that commemorates God dwelling with His people.  How fitting for the Kingdom of God, when it fully comes to the redeemed earth, to be considered the ultimate fulfillment of this appointed time.  God himself will finally dwell with His people in all His fullness.  The Sukkah of God will be among men when Messiah Yeshua dwells as the ruler of the 1000-year Messianic Kingdom!

All the Feasts of the Lord have their particular lessons to teach.  Because of its latter day fulfillment, Sukkot seems to be the apex of all the other appointed times of God.  The goal of God’s plan is ultimately the establishment of His Kingdom here on earth.  This explains why, of all the appointed times, Sukkot is said to be the premier celebration of the Millennium.

As the Prophet Zechariah has told us in Chapter 14, in the last days all nations will be gathered against Jerusalem.  They will take the city and plunder it. (Zechariah 14:1, 2)  The Lord will then take charge of His people; He will appear upon the Mount of Olives.  By splitting this mountain, He will prepare a safe way for the rescue of those that remain.  He will come with all His saints (Zechariah 14:3-5) to complete His kingdom.

The remnant of the nations will turn to the Lord and come yearly to Jerusalem, to keep the feast of Sukkot (Zechariah 14:16-19).  Can’t you just imagine it?  The feast of the Millennium!  What a party that will be!  This feast will be kept by all who have come to believe in Messiah, to thank the Lord for His grace in that He has brought them out of the wanderings of this life into the blessedness of His kingdom of peace.

In the perfected kingdom of God there will be no more sinners, but only those who are righteous and holy.  This is affirmed in the last clause of Zechariah’s prophecy: “there will be no merchants anymore in the house of Adonai.” (v. 21)

Thus, does Zechariah’s prophesy close with a prospect of the completion of the kingdom of God in glory.  All believing commentators are agreed that the final fulfillment of Zechariah 14:20-21 lies before us in Revelation 21 and 22.

According to Isaiah, God has promised His people a new heaven and a new earth (see Isaiah 65:17; 66:22).  The old creation must make way for the new creation if God is to be glorified.

Indeed, many interesting questions could be asked about our future abode in heaven, but most must go unanswered until we reach our glorious home.  In fact, John closed his book by reminding us that we have responsibilities today because we are going to heaven.

Sukkot has always known as the appointed time that commemorates God dwelling with his people.  How fitting for the Kingdom of God, when it fully comes to the redeemed earth, to be considered the ultimate fulfillment of this holy day.  God, Himself will finally dwell with His people in all His fullness.  The Sukkah of God will be among men when Messiah Yeshua tabernacles with us as the ruler of the 1000-year Messianic Kingdom!

What a celebration there will be as His people, both Jews and Gentiles, wave the lulav and chant, Ana Adonai Hoshiana!  (Lord, do save us!)  Amen.  Come quickly, Lord Yeshua!  Come and dwell in Your Ultimate Sukkah!

In my next post, we will return to our series on Revelation by looking at Revelation 6:8-9 ~ The Fourth Bowl.

The Power of Story

Rooted and Grounded In Christ