In my last post, we examined Elisha’s second miracle in 2 Kings 2:19-22 ~ Healing of Bad Water. In this post, we continue to explore the ministry of Elisha by looking at 2 Kings 2:22-25 to see what can happen when you tease a prophet of God.

“23 Elisha left to go up to Beit-El. As he was on his way up the road, some boys came out of the town and began making fun of him. “Go on up, baldy! Go on up, baldy!” 24 He looked behind him, saw them and put a curse on them in the name of Adonai; whereupon two female bears came out of the woods and mauled forty-two of the boys. 25 He went on from there to Mount Karmel and then returned to Shomron.” ~ 2 Kings 2:23-25 (CJB)

Go on Up, Baldy 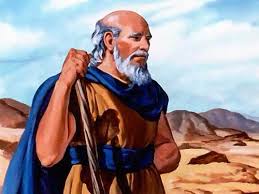 This event took place at Beit-El, one of the locations that had become a center for idol worship in the land (1 Kings 12:28-33; Amos 7:13). Recall that Beit-El means House of God. The Hebrew word translated boys refers to people from twelve to thirty years old who were able to discern right from wrong and make their own decisions. This was not a group of playful children making a clever joke but a gang of smart-aleck youths maliciously ridiculing God and God’s servant.

Because he knew the Word of God, Elisha understood that what they were doing was a violation of God’s covenant, so he called down a curse upon them. (One of the covenant warnings was that God would send wild beasts to attack the people. See Lev. 26:21-22.) These young men were not showing respect to Adonai, Eliyahu or Elisha, so they had to be judged. The two bears mauled the youths but didn’t kill them, and for the rest of their days, their scars reminded everybody that they couldn’t trifle with the Lord and get away with it.

We frequently find the Lord sending special judgments at the beginning of a new period in Bible history, as though God were issuing a warning to His people that the new beginning doesn’t mean that the old rules have been changed. After the tabernacle ministry began, God killed Nadav and Avihu for offering strange fire before the Lord (Leviticus 10). After Israel’s first victory in the Promised Land, God ordered Akhan to be slain because he took treasures from the spoils of war that were wholly dedicated to God (Joshua 7). At the outset of David’s reign in Jerusalem, he had the Ark of the Covenant brought to the city, and ‘Uzah was killed for touching it (2 Samuel 6:1-7). [1] When Hananyah (Ananias) and Sappirah (Saphira) lied to the leaders in the early church, God took their lives (Acts 5). Now, at the beginning of Elisha’s ministry, the mauling of the youths gave fair warning that the Lord God of Eliyahu was still reigning and still took His covenant seriously.

The attitude displayed by these youths, as it spread through the land, is what eventually led to the fall of both Shamron (Samaria) and Y’hudah. “The LORD, the God of their fathers, sent persistently to them by His messengers, because He had compassion on His people and on His dwelling place. But they kept mocking the messengers of God, despising His words and scoffing at His prophets, until the wrath of the LORD rose against His people until there was no remedy.” ~ 2 Chronicles 36:15-16 (ESV)

In my next post, we continue to explore the life of Elisha. In this post, we pick up the ministry of Elisha in 3 Kings 3:11-20 where we learn of another Divine Intervention.

[1] I confess that I still have a tough time with this punishment of ‘Uzah. After all, he was just trying to steady the Ark so it wouldn’t fall. Why wasn’t David punished for ordering the Ark to be transported on a cart instead of being carried by the priests as God had instructed?

INSPIRATION FOR LIFE & LIVING FROM A CHRISTIAN WORDVIEW